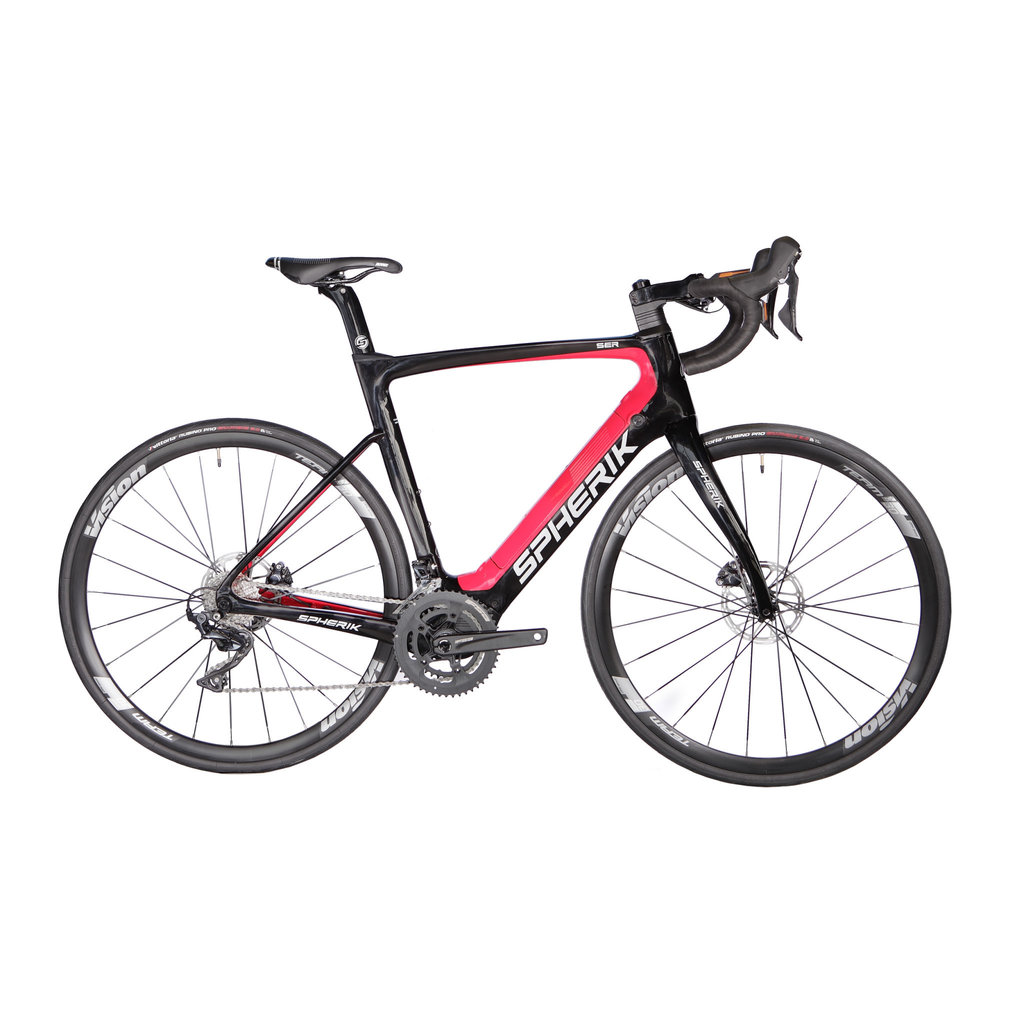 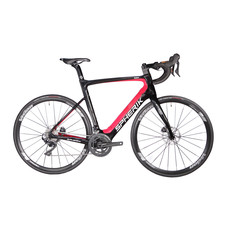 The SER: “An electric road bike”, not “an electric bike for the road”

The words may seem confusing, but the statement deserves attention, because it summarizes the essence of our approach. While the competition is trying to give its heavy electric bikes the appearance of road bikes, Spherik is doing the opposite. The SER is first and foremost a road bike, similar to the other carbon models in our line, which we have equipped with a mini center drive motor and a lightweight battery.

One of the key advantages of the new drive unit is its low weight, at a mere 2 kg, but with a 200 W rated output power and a max torque of 55 Nm. The electronics and 200 Wh inTube battery add less than 2 kg more. This takes the total system weight to less than 4kg, including display and remote shifters. Thus, the SER bike behaves like a regular road bike, benefiting from significant assistance at times when you need it, most often when starting/accelerating or when climbing. This approach avoids the vicious cycle of bulky pedelec bikes, which require almost constant assistance and necessarily a more powerful battery and motor, which also contribute to adding weight, and so on.

With its reasonable weight, the SER requires less engine assistance, which gives it a riding range similar to other e-bikes loaded with larger batteries. This range is hard to determine because it depends on many different variables, including total altitude gain, degree of slope of the climbs, weight of the cyclist, type of pavement, tire pressure, wind direction and intensity, and of course the average speed you want to keep. Let’s just say that you can go out as long as usual, at a faster pace, while providing much less effort.

Riding the SER, you will feel both powerful and rejuvenated, exhilarated by the feelings of a high-end carbon bike, whose appearance and behavior comply with the spirit of a regular road bike. Isn’t it what every cyclist is looking for?

Not happy with your purchase? Ship it back to us on the house.
Have questions? Chat with an expert now
Add to wishlist / Add to comparison
Electrique
By using our website, you agree to the usage of cookies to help us make this website better. Hide this message More on cookies »